But they can’t just be any old pickle.  I do not like bread and butter pickles and I do not like wimpy pickles. I like crisp, crunchy, dilly pickles.  I also like sweet pickles on occasion, but dills are my favorite because they make my mouth water.

So, when I found some pickling cucumbers at the Farmer’s Market last week, I was intrigued to try and make some pickles that I liked.

I found a bunch of recipes for refrigerator pickles and so I gathered the basic ingredients that were pretty common to all of them.  All of the recipes that I found had peppercorns, dill, salt, vinegar and, of course, pickling cucumbers.  The differences seemed to be the type of vinegar, or sugar vs. no sugar and some of them added a kick with red pepper flakes or other such spice. 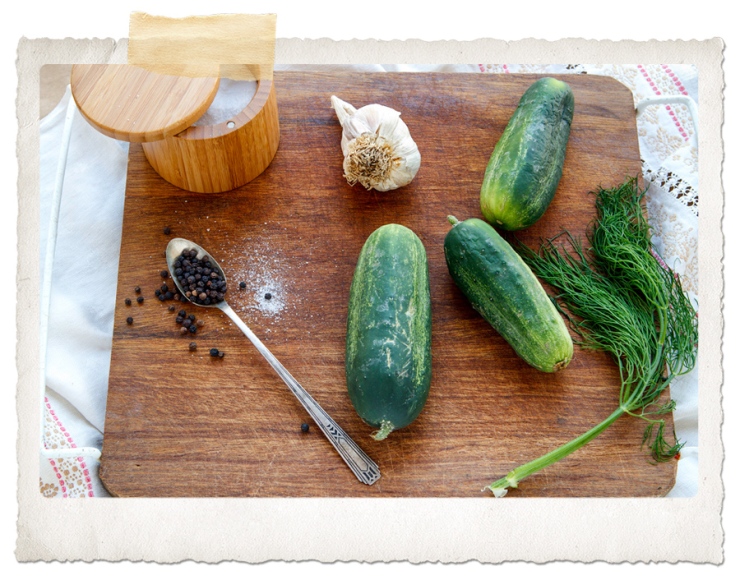 I probably left the cukes on the counter for one day too many because they began to shrivel a little.  No matter.  I was on a tear to make pickles and nothing was going to stop me. I refreshed them somewhat by putting them in some ice water for an hour or so, and then I cut them up into nice even slices. 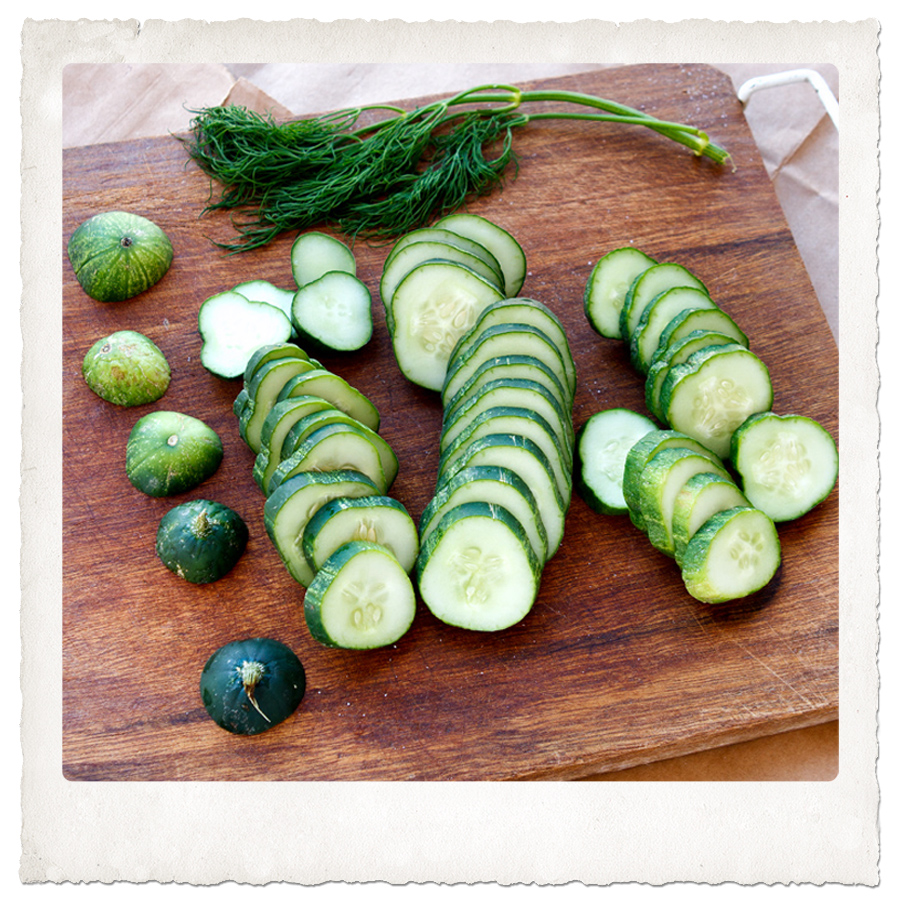 Then I heated up the vinegar and water, cleaned out the jars I was going to use and began assembling my pickle packages.  The recipe was extremely easy and very basic.  I made enough for two jars. (I figured I would start simple and not make too many in case they turned out badly.)  Then, I let them cool on the countertop for a while and then into the fridge for 24 hour cooling.  (After I snapped a few pics, of course.)

And then we waited…

Pickles are great picnic food and since today is Labor Day, it is the perfect day to eat my refrigerator pickles, have a picnic and  maybe take a little walk around the area. (I have to go back home tomorrow, so I’m feeling a little nostalgic.) Here are some pics of some recent adventures around the Lake Tahoe area. (If you have never been to Tahoe, you really must put it on your bucket list.  Come in September!  It’s the best month of the year to visit.)

Here is Yes!Chef! and our oldest son and his girlfriend standing high above Fallen Leaf Lake and Lake Tahoe. You can see that my oldest son has a unique style.

There are lots of lakes in the area.  This is one of my favorites.  The elevation is about 7000 feet, which is a bit higher than Lake Tahoe at 6100 feet.

The above photos are some of the things Obie and I see on our everyday walks.

And now the pickles are done. 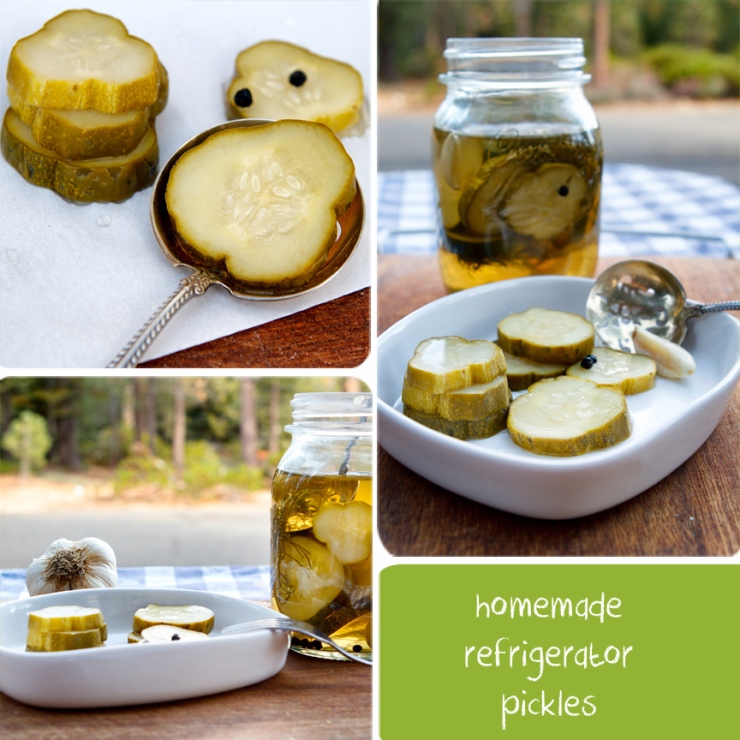 And they were mighty good, too.  They were crunchy, crispy and dilly.  I thought they were a bit too sharp when I took my first bite.  But then, my mouth began to really enjoy the fresh vinegar-y flavor.  The simplicity of this pickle can not be overstated.  However, Yes!Chef! thought that the recipe could be improved to add a little kick to it and somehow make it a little less sharp (although he has eaten quite a few pickles and said maybe they weren’t quite as sharp as his initial impression.)

Here is the recipe for two jars (and it includes a little red pepper flakes, which Yes!Chef! recommended after he tasted mine):

3-4 cloves of garlic, peeled and smashed a little

1/2 tsp. red pepper flakes (if you want to add a little kick)

What do I eat with my pickles?  Potato chips, of course.  But you can put them on sandwiches, put them on a little cracker, spread a little peanut butter on them (I would not do this because it doesn’t sound good to me…but I’ve heard that people do this.)  But the best way is to fish them out of the jar and pop them in your mouth.  Simple and good.

Since you made two jars, you can give one to a friend.  They last a week or so in the fridge, so eat them quick.

Enjoy your Labor Day and your pickles.

Remember that Yes!Chef! says, “Life is too short to eat crappy food”, so take a little time and make tasty food.