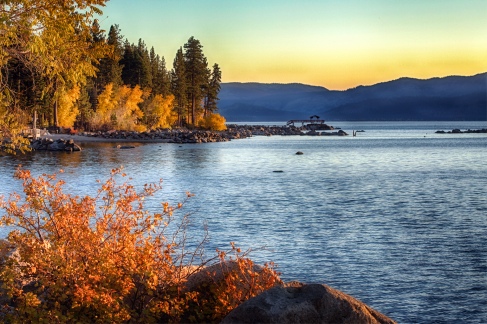 The other night Obie T. Dogg and I were coming home rather late from viewing a gorgeous sunset over Lake Tahoe.  We were both tired and hungry and Yes!Chef! was not available to cook for us.  So, I stopped at the local grocery store (hoping that the grocery store would prevent me from stopping at the Taco Bell) to see what I could make quickly.  I was immediately hit in the nose by the smell of chicken.  I looked at the roasted chickens and they looked like they had been there for a while as the meat was pulling away from the bone (indicating dryness).

I must have been dreaming of the fried chicken that Yes!Chef! made once. 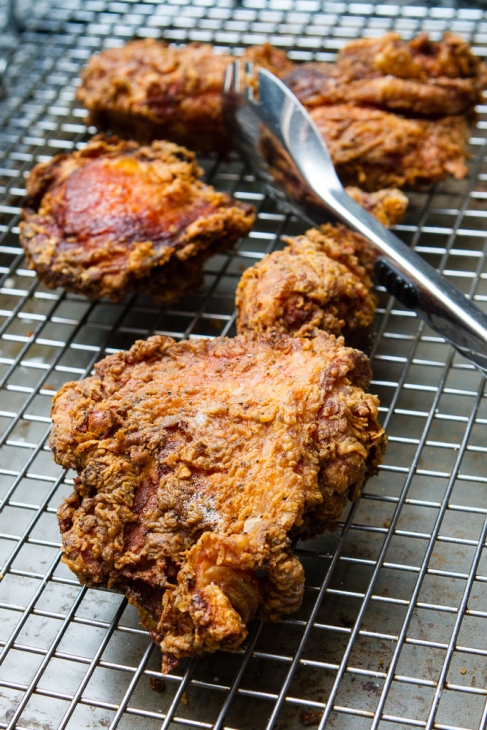 His fried chicken was extremely good…crispy, lightly battered skin and moist and juicy on the inside.

When I got in the car, Obie acknowledged that I had made a good purchase because he was hungry, too, and it smelled delicious. 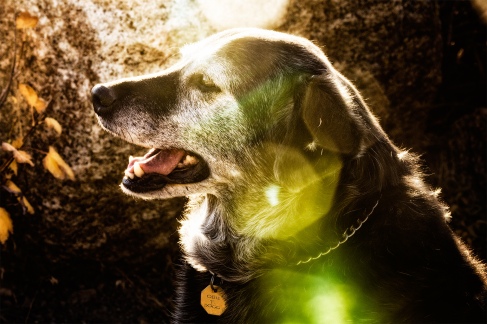 (Luckily, I had the foresight to buy broccoli, too.)

We got home and opened the little bucket and pulled out two fairly plump looking chicken pieces.  I tried not to notice the difference in appearance. 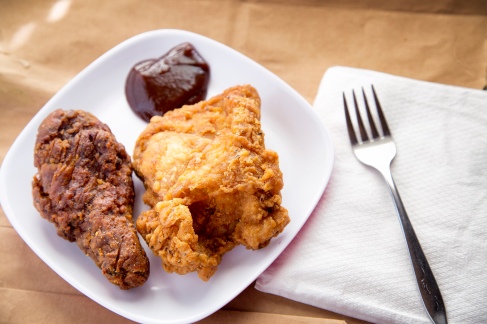 When I cut away the thickly battered and doughy tasting skin, the poor little chicken was cooked to death. 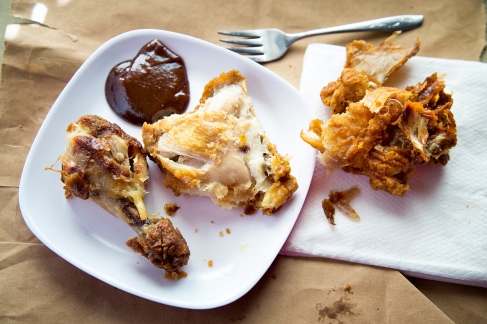 It makes me want to cry.  (Lucky for me Yes!Chef! rarely reads this blog, otherwise he would cry and tell me that I had wasted my money.)  There are so many things wrong with this, but the biggest thing is that the chicken is over-cooked.  You will also note how little chicken meat is underneath all that battered skin.

Yes!Chef! and I have a theory as to why so many of our friends love his food so much.  I think the general public eats too much of the above already cooked to death meals because they are quick and we shop out of hunger.  This pre-cooked grocery store food dulls and desensitizes  your taste buds.  This kind of food makes you think this is what food is supposed to taste like.  Then, when you taste properly cooked and seasoned food you think you’ve died and gone to heaven.

As I said, luckily I purchased broccoli because at least it was fresh. I cooked it and sprinkled some freshly grated Parmesan Cheese on it.  I was able to eat one of the pieces of chicken, but I gave the other piece to Obie chopped up in his kibble.  (He didn’t complain.)

If you want a recipe for fried chicken that’s better than Kentucky fried, try this. 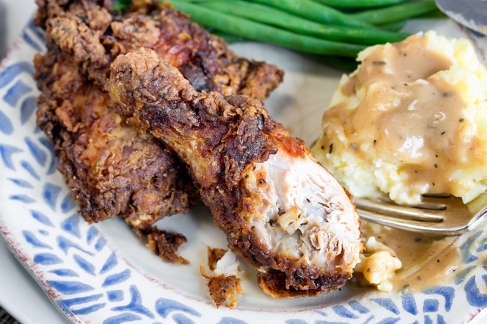 Or, better yet,  make this fabulous quick barbecued chicken because it’s fast and tasty. 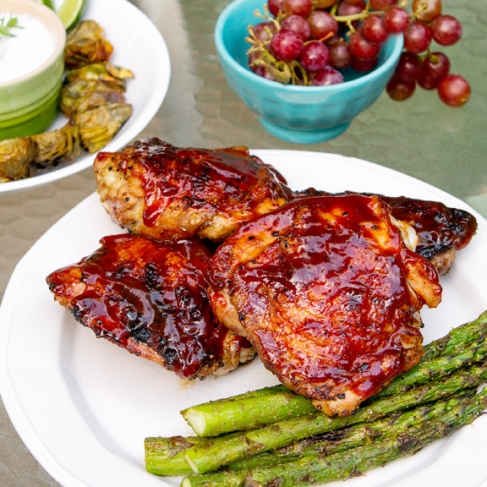 The lesson I learned? Let’s just say that Obie has been eating a little chicken with his meals for the last couple of days. 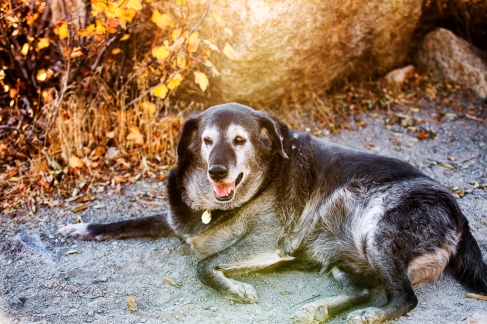 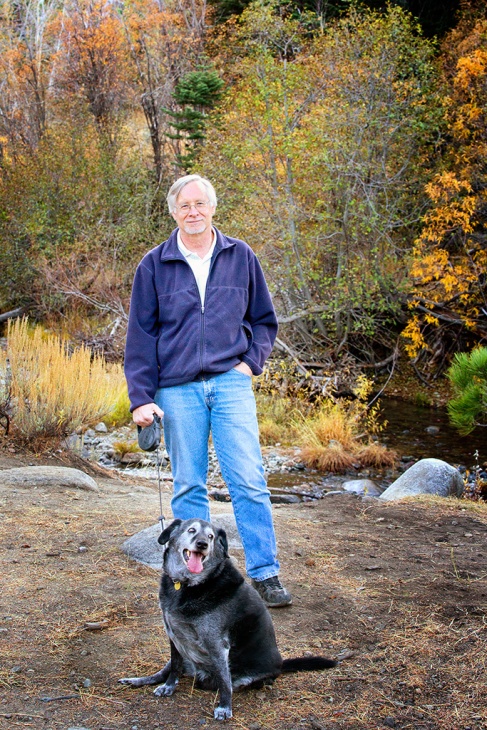 Be a dear and let’s just keep this little boon”dog”gle to ourselves and not mention it to Y!C!  Thanks.