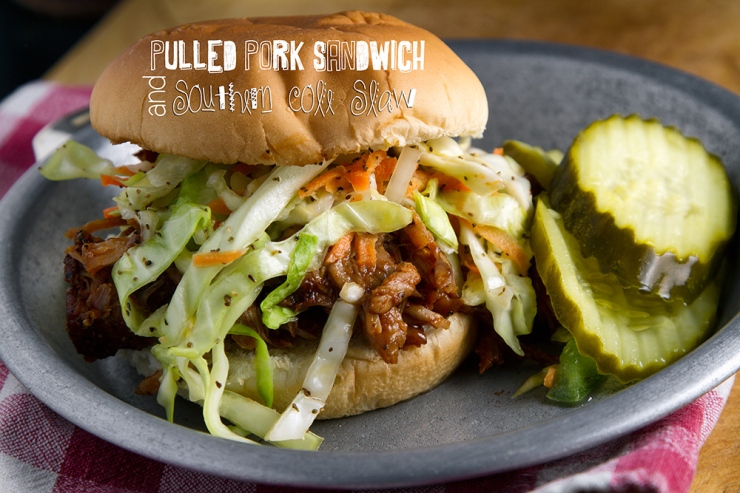 Yes!Chef! loves pork.  Until he started cooking pork for me, I always turned up my nose at any mention of recipes that included pork.  My experience with pork has been dried up meat that needed lots of barbecue sauce in order to be able to choke it down.

My mind has been changed with some of the recipes Y!C! has made…specifically the Pressure Cooker Carnitas Recipe and the Pulled Pork Recipe he made last summer.  And now, he’s found a Pulled Pork Recipe that is more to his liking:  spicy, sweet and no-creamy cole slaw. 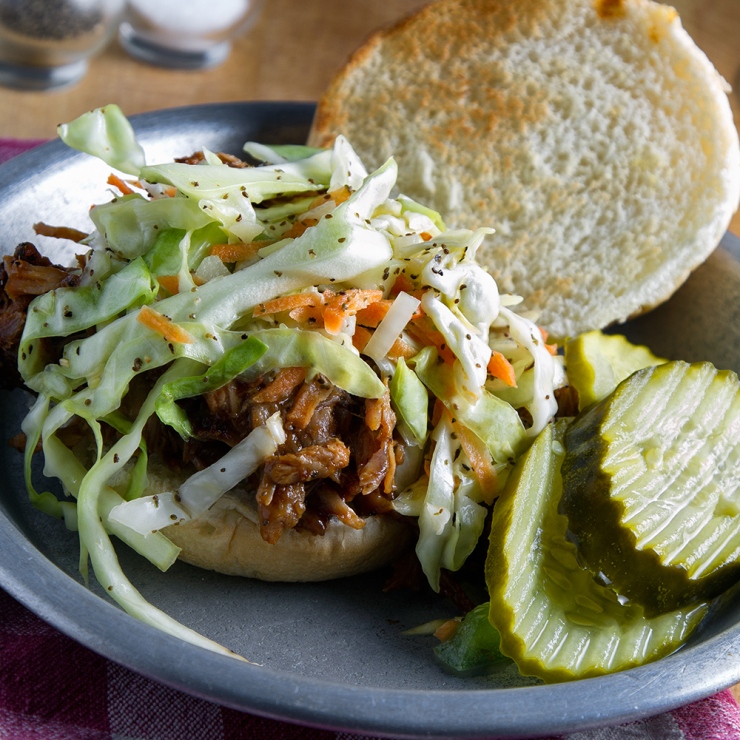 I think you will agree that it looks pretty lip-smackin’ good.  I will warn you, though, it is spicy.  I was sweating a bit by the time I was done with the sandwich.  Maybe a beer would be a good choice to go with this sandwich.

Yes!Chef! found this recipe while he was looking at “America’s Test Kitchen” website.  Plan for this one, though, because it does take a bit of time.  The bonus is that this recipe is extremely economical because of the inexpensive piece of pork that is used.  The result of this Indoor Pulled Pork recipe is smoky, tender pork goodness…as if it was cooked low and slow on the outdoor barbecue.  If you’ve got some time, it is well worth the effort and you will appreciate the good taste you can achieve with not much investment of cash.

Speaking of cash…I entered my Camera Club’s print competition last week and won a little bit of cash. When I first started seriously studying photography, I joined the local camera club and soaked up all the information I could from some of the seasoned members of my club.  I loved the print competitions because they were “Open Judging”.  In other words, the judge would comment on each print, the good points and how it could be improved.  We always have a different judge for each competition drawn from the many wonderful Northern California photographers.

Eventually I tentatively entered the contest because I wanted the judges to give me recommendations on how to make my photography better.  The first couple of times were quite eye-opening and humbling.  My work was blurry, over/under-exposed, odd color and other technical issues. 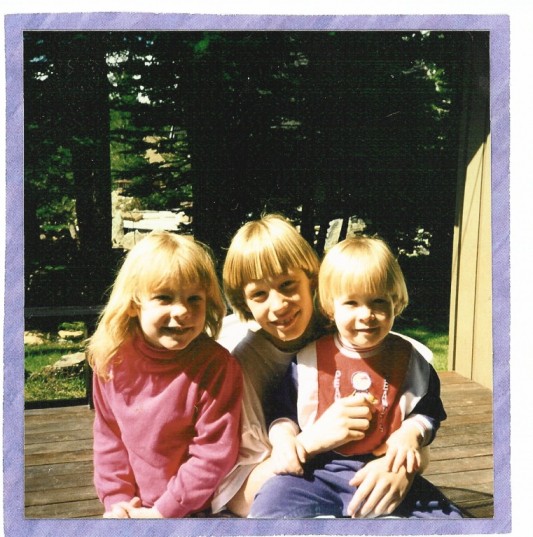 (I never entered the above photo in any competition, it’s just an example of where I was photographically speaking in the 1990’s.)

So, I studied photography, took classes and workshops and worked very hard to improve my skills, practicing on a daily basis.  I continued to enter into the competitions and finally started to win a little…and then a little more.  I entered the local County Fair competition and won a few more.  This time at my Camera Club, I won a few firsts and a Best Of Show – Black and White.  I would pat myself on the back, but I can’t quite reach (turns in circles trying to give herself a pat.)

If you are at all interested in photography and making improvements in your skills, you should really think about competitions.  They are nerve wracking and humbling, but you can grow from them. I still need work on many subjects such as wild life photography.  And macro or bug photography. And probably family photography.  Oh!  And food photography.

Now…where were we when we ran down this rabbit trail?  Oh, yes!  Yes!Chef! and Pulled Pork.

This recipe calls for the pork to be brined for about 2 hours.

(I tried a little wide angle with the top picture of Y!C! just for fun. It does distort but it makes a fun picture. Y!C! was watching the basketball game, so he wasn’t too interested in what I was doing.)

Into the oven it goes and cooks for about 3 hours.

Then you take it out and do some other magic stuff to it like pouring off the liquid into a fat separator and then cook it some more.  (Refer to the recipe…I’m just the photographer.)

Meanwhile Yes!Chef! made the Cole Slaw (which I used to think was called Cold Slaw…as opposed to Hot Slaw, I suppose.)  He found that recipe on the net here:  Southern Cole Slaw Recipe.

(Whoa!  I just took a look at the above website and their food photography definitely needs work.  Maybe they should try entering a few competitions. Just sayin’.)

I mentioned above that Y!C! does not like creamy Cole Slaw.  He doesn’t really like mayo unless it’s hidden or melted or…well…not there.  He didn’t tell me how much he looked around for a satisfactory slaw recipe, but it probably took some time because most slaw recipes are creamy, mayo based.  I will admit that this one was pretty good and provided a nice cooling effect to the spicy pulled pork.

Once the pork had gone back in the oven for a certain length of time to brown up a little, the pulling began.  There really wasn’t much effort in the pulling process because the meat was so tender. Then he poured the sauce over the meat and mixed it all up until I couldn’t resist tasting it.  Good!  Spicy!  Good!

I think you will like this sandwich.  Yes!Chef! put it on a bun, but I ate it without the bread and it was pretty good.  Don’t forget the pickles!

Sweet paprika may be substituted for smoked paprika. Covering the pork with parchment and then foil prevents the acidic mustard from eating holes in the foil. Serve the pork on hamburger rolls with pickle chips and thinly sliced onion. Lexington Vinegar Barbecue Sauce or South Carolina Mustard Barbecue Sauce (see related recipes) can be substituted for the Sweet and Tangy Barbecue Sauce. Alternatively, use 2 cups of your favorite barbecue sauce thinned with ½ cup of the defatted pork cooking liquid in step 5. The shredded and sauced pork can be cooled, tightly covered, and refrigerated for up to 2 days. Reheat it gently before serving.

Make sure you go to the website because they have all kinds of information on technique which will ensure that your recipe comes out perfectly.  We watch the America’s Test Kitchen on PBS all the time.  They are all a bunch of geeky foodies, but their recipes cannot be beat and they spend a lot of time perfecting pretty much any recipe you can think of.  Good stuff.